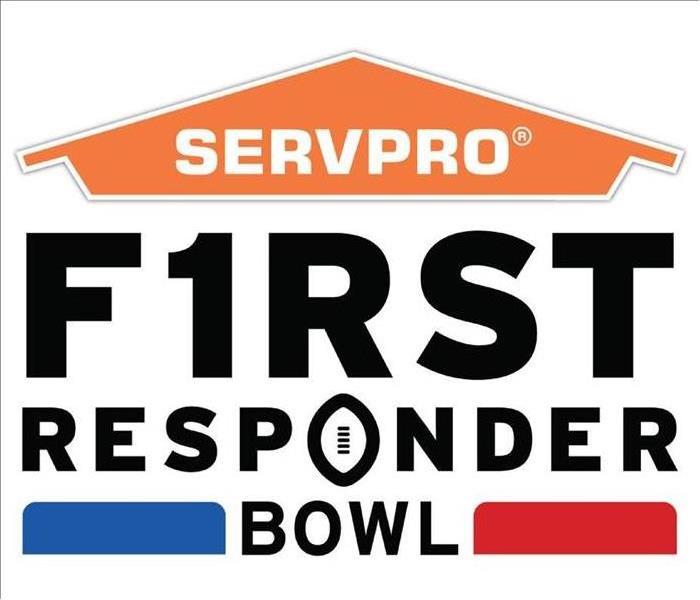 "We are truly grateful for all first responders’ sacrifice and service,” said Brant Ringler, Executive Director of the SERVPRO First Responder Bowl. “It is a tremendous privilege to honor these brave men and women who protect our communities 24/7/365. As this game continues to grow, so do our ties with first responders. Additionally, having a sponsor like SERVPRO who works along-side and supports these community heroes reinforces our goals of recognizing our first responders.”

"We are proud to present the SERVPRO First Responder Bowl dedicated to honoring some of the hardest working men and women in our country" said Sue Steen, CEO of SERVPRO Industries, Inc. "We recognize the dedication and selfless acts of our First Responders and are honored to help highlight and celebrate the commitment of these everyday heroes."

The 2018 SERVPRO First Responder Bowl is the ninth edition of the bowl game, formerly known as the Heart of Dallas Bowl, and part of the 89-year history of games being played at Cotton Bowl Stadium on the grounds of Dallas’ Fair Park, which features 227 acres of museums, attractions, history, art and performances located in the heart of the ninth largest city in the United States.

First responders to be honored include police officers, firefighters, EMS workers, correctional officers, search and rescue, dispatchers, security guards, federal agents, border patrol agents and military personnel who have specialized training and are the first to arrive and provide assistance at the scene of an emergency.

“This is an exciting change, and we are humbled by the fact that an actual bowl game has been named exclusively for the first responders of this country,” Dallas Fire-Rescue Fire Chief David Coatney said.

“We are truly honored to have a bowl game here in Dallas named after the hard working men and women serving and protecting communities across this country. It always feels great to be recognized, and I know our officers and firefighters are touched by this overwhelming show of support,” said Dallas Police Chief U. Renee Hall.

The SERVPRO First Responder Bowl tickets started selling in September. Tickets for First Responders will continue to be underwritten by our corporate sponsors. Anyone wanting more information on the bowl game can visit www.firstresponderbowl.com.