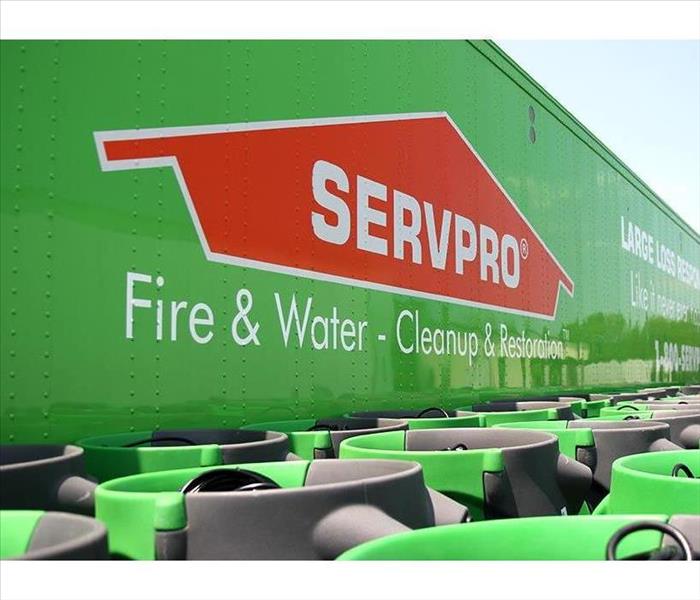 No disaster is too big for SERVPRO.

February saw unprecedented freezing temperatures and ice storms throughout the South. This resulted in thousands of homes being impacted by water damage, with almost 35,000 leads hitting the SERVPRO main line. Luckily, SERVPRO is well-prepared for such large-scale situations.

Our franchise answered the call for help and sent one of our crews to assist local franchises in Kansas City. In just a week-and-a-half, our crew was able to help over a dozen homeowners whose properties were damaged by pipe bursts, flooded basements, ice damming, etc. Without SERVPRO’s help, these homeowners could have waited weeks before another restoration company was able to reach them, resulting in further damage and higher costs to repair.

SERVPRO's nationwide system has a network of strategically positioned storm teams on standby should a disaster strike near you. Available 24 hours a day and 365 days a year, we are prepared for the unpredictable. With the ability to mobilize local command centers, along with the resources of more than 1,700 Franchises nationwide, no disaster is too big.